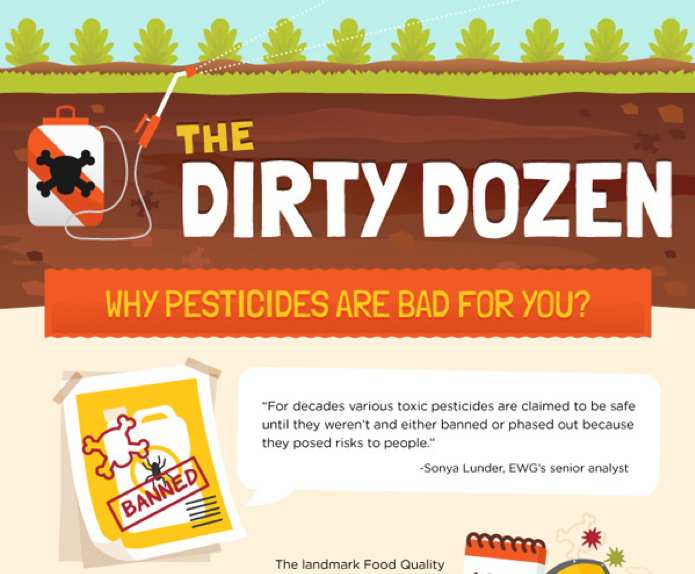 The 12 Most Dangerous Pesticide-Ridden Foods

I dread going to town.

Have you ever noticed that? Going to town is almost like letting a vacuum hose into your life. It sucks up your time like nothing else. Before you know it, you’ve spent an hour and hardly got anything done…

Ok, ok… so this wasn’t supposed to be a rant on town.

But I was reminded about the stores as I was sitting here thinking about pesticide contamination in our food. I mean, did you realize that residues of over 70 pesticides have been found in individual boxes of cereal? It’s crazy.

Pesticides. They’re all over the place.

In fact they’ve been linked with diseases you probably don’t want to think about (think cancer, autism, Parkinsons, Alzheimers, and others)

So how do you avoid them? How can you make sure you and your family aren’t eating gobs of poisonous chemicals (like the 70 in the breakfast cereal)?

Let’s see… the first step is to choose to eat organic.

If it’s not organic, don’t buy it. That’s the safest route.

And no, it’s not like if you eat a non-organic apple from the store you’re going to walk home with cancer… but your chances of getting it may be just a little higher.

If you’re wondering which fresh foods are the worst (or best) when it comes to pesticides, then you’ll like this (see below).

Those over at Juicing with G have put together a really neat infographic where you can visually see the 12 worst pesticide-ridden fruits and veggies – plus they give you the 15 best ones too.

Check this out – it’s even kinda fun to look at and something to keep in mind next time you’re (ahem…) in town and buying fruit for supper:

(Pssst… when you get to the bottom, I’ll share with you one of the “clean 15” they listed that may be a bit misleading. In fact, a particular kind of this veggie is literally registered with the EPA as a pesticide itself! Yikes! Ok, enough for now, see you at the bottom…)

Here’s the deal. Corn is listed in the clean 15 but if it is genetically modified (which as of 2012 88% of corn planted was GM) then it is literally a pesticide itself.

And I honestly don’t mean to scare you. But I think it’s only right for you and your family to know what you’re eating. Ignorance isn’t always bliss…

So, real quick – what they do is genetically implant the pesticide BT into the corn so that it becomes part of the corn itself. This way, when an insect eats the corn it dies – because it’s eating a pesticide. And in short, that means you are eating the pesticide too. (If you’re eating GMO corn that is).

The other one to notice is papaya, as many of them are genetically modified as well.

And so, to wrap this up: eat organic!

Or better yet? Grow your own food. That’s the best way to go, and I’d love to help you learn how.

And now, let me know what you think in the comments and please share this around with your friends! 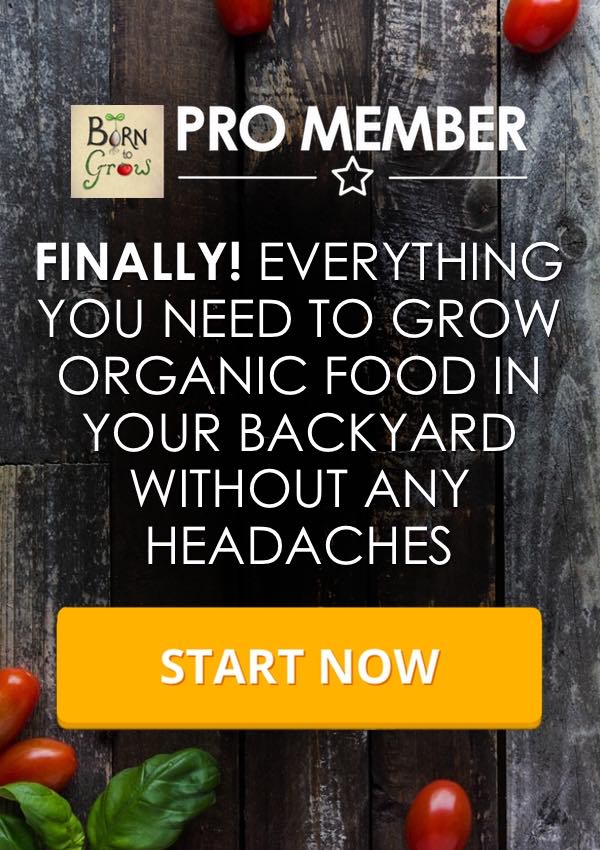 Hi! It's Paul Dysinger here and if you love gardening then you're my friend. :) I live with my amazing family on a little organic farm in TN where we've been serving the community for over 14 years with fresh fruits, veggies, herbs and berries. So, if you love growing robust veggies that burst in your mouth with flavor (or want to learn how without using all that chemical stuff) then you've come to the right place. Enjoy! 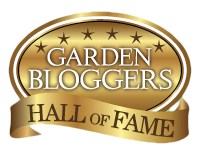 The ULTIMATE Quick Reference Guide to Know Exactly When, Where, and How to Plant Your Veggies Without Wasting Time Trying To Figure It All Out On Your Own

x
Send this to a friend